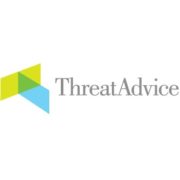 ThreatAdvice (threatadvice.com) a Birmingham, Ala.-based provider of cybersecurity education and awareness announced today the launch of a new Threat Intelligence Platform that provides users with aggregated cybersecurity intelligence and delivers personalized news updates and alerts based on the specific business and industry.

“Most business owners have no idea where to start gathering cyber intelligence about the products, solutions and vendors that they use today. They don’t know what data is critical to their organization,” said David Brasfield, chief executive officer of ThreatAdvice. “ThreatAdvice’s Threat Intelligence Platform harnesses the myriad of cybersecurity related information available and empowers users with actionable amounts of intelligence necessary to make key decisions for their business,” he said.

ThreatAdvice has hired former FBI Agent Rob Haley as director of intelligence to oversee the Threat Intelligence Platform. Haley has over 25 years’ experience as an FBI agent investigating and managing a wide array of criminal, national security and terrorism matters. In 2008 Haley was named Assistant Special Agent-in- Charge in Birmingham, AL, overseeing all criminal/administrative programs, intelligence collection and dissemination, as well as executing COO-level responsibilities and SWAT on-scene commander duties for the Birmingham Field Office. Subsequent to his retirement from the FBI, Haley served as chief security officer for an Inc. 5000 company for nearly two years, before launching Veritas Security Solutions, LLC a security investigative consulting company providing full service risk management to private sector companies to safeguard their employees, assets and reputations.

Haley cited the example of a community bank as an end user of its Threat Intelligence Platform. Bank personnel would enter details about the bank including banking data points, hardware and software used, locations, personnel info, board information and data for other bank vendors. Information is rated on a level of importance with less critical information accessed in a live feed and daily report within ThreatAdvice and the most critical information delivered via push notifications in the form of text message and email. In this example a banker would receive an alert if one of the bank’s vendors was breached or an important security patch was issued for the bank’s router.

The Threat Intelligence Platform uses a big data processing framework to gather the unstructured data and group it together based on threat type. Artificial Intelligence is then used to find commonalities among a certain type of threat and present that commonality in a concise human readable way.

“The faster ThreatAdvice can identify a threat to a business, the faster it can be resolved and the less chance there is of a breach occurring that could cause significant financial and reputational repercussions for the business,” Haley said.

ThreatAdvice is releasing its Threat Intelligence Platform as a separate solution from its current subscription based cybersecurity education and awareness offering.

About ThreatAdvice
ThreatAdvice was founded in 2016 to provide companies of all types with comprehensive cybersecurity protection by offering tools to educate employees on good cyber practices, help identify and respond to an attack, simulate cyberattacks, and insure against potential attacks. For more information visit threatadvice.com, email info(at)threatadvice.com or contact the company at 1.800.915.3381.