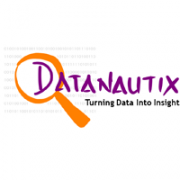 WINTER SPRINGS, Fla. (January 24, 2018) — For any business, it’s critical to understand your customers. When you are a high-profile NBA team, with hundreds of thousands of passionate fans, listening must be a foundation of the business.

That’s why the Orlando Magic have entered into an agreement to use Ana by Datanautix, a highly sophisticated artificial intelligence platform which quickly provides insights by performing text mining using natural language processing on open-ended responses.

“The partnership with Datanautix is another extension of the data-driven approach we use to make more informed business decisions” said Jay Riola, vice president, strategy, Orlando Magic. “Ana allows us the ability to ask simple, open-ended questions of our fans and then Ana takes care of the hard work, turning those comments into actionable insights.”

After attending a game, fans are asked open-ended questions regarding their experiences at games and what, other than the team’s on-court performance, could be done to improve their fan experience when attending games at Amway Center.

Within a few hours of the data being collected, Ana by Datanautix analyzes the thousands of words submitted in the open-ended questions and uncovers key, underlying themes driving fan happiness and unhappiness. The quick analysis allows the Magic to monitor and adjust operations to improve fan satisfaction, often before the next game, if needed.

“Working with the Orlando Magic is an exciting opportunity for our company,” said Sanjay Patel, CEO, Datanautix. “Artificial intelligence is the next big frontier in technology and showing that a sophisticated analytics team like the Orlando Magic can benefit from our AI platform confirms that we are delivering a valuable solution.”

The Datanautix Ana platform helps companies quickly understand what matters to their customers by leveraging the power of open-ended feedback. Built on the latest artificial intelligence technologies, Ana has helped organizations like Red Lobster, JW Marriott, UCF and the Orlando Airport keep their finger on the customer’s pulse. For more information, visit www.datanautix.com.

About the Orlando Magic:

Orlando’s NBA franchise since 1989, the Magic’s mission is to be world champions on and off the court, delivering legendary moments every step of the way. The Magic have seen great success in a relatively short history, winning five division championships (1995, 1996, 2008, 2009, 2010) with seven 50-plus win seasons and capturing the Eastern Conference title in 1995 and 2009. Off the court, on an annual basis, the Orlando Magic gives more than $2 million to the local community by way of sponsorships of events, donated tickets, autographed merchandise and grants. Orlando Magic community relations programs impact an estimated 100,000 kids each year, while a Magic staff-wide initiative provides more than 7,000 volunteer hours annually. In addition, the Orlando Magic Youth Foundation (OMYF) which serves at-risk youth, has distributed more than $23 million to local nonprofit community organizations over the last 28 years. The Magic’s other entities include the team’s newly acquired NBA G League affiliate, the Lakeland Magic, which begins play in the 2017-18 season in nearby Lakeland, Fla.; the Orlando Solar Bears of the ECHL, which serves as the affiliate to the Toronto Maple Leafs of the NHL and the Toronto Marlies of the AHL; and Magic Gaming will compete in the inaugural season of the NBA 2K League in 2018. Ticket highlights for the Magic’s 2017-18 season in the award-winning Amway Center, honored with TheStadiumBusiness Awards’ 2013 Customer Experience Award and named SportsBusiness Journal’s 2012 Sports Facility of the Year, include: 2,500 seats priced $20 or less, 8,000 seats priced $40 or less and 9,000 seats priced $50 or under. For ticket information log on to www.orlandomagic.com or call 407-89-MAGIC.