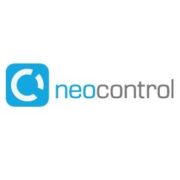 Orlando, Fla. (February 15, 2018) – As Neocontrol looks to expand its reach throughout the United States, it has signed two large distribution agreements, expected to bring more than $750,000 in revenue to the company over the next five years.

One deal brings Neocontrol’s products to the Nashville market with West End Lock and the other deal reaches into the Plano, Texas marketing through Universal Screens (US Motions).

Both companies will exclusively represent Neocontrol on their territories providing tech support and local inventory to their dealers.

“Having experienced distributors carrying Neocontrol’s products is an important step to consolidate the brand and provide better logistics and support to our customers nationwide,” says Andre Comitre, COO, Neocontrol. “Our plans for expansion was to find partners like this across the country and this is a great step in our company’s growth.”

Neocontrol was established in 2004 in Brazil and became a subsidiary of Somfy Group, a multinational corporation with a presence in over sixty countries, including the United States, and is rightly considered the world leader in tubular motors, and automation of home and building opening and closings in 2012. In 2016, the company moved its headquarters to Orlando as one of the UCF Business Incubation Program’s soft-landing clients, a program specifically designed for international companies looking to establish a foothold in the United States.

Through its distributors, Neocontrol provides complete home automation, including lighting, window treatments, audio and more. Having distributors in different states, specially consolidated companies like West End Lock and Universal Screens, is important to better support the dealers, have a decentralized inventory and being able to reach out to more customers and provide them with the opportunity to explore the smart home market.

Both Universal Screens and West End Lock will be utilizing Neocontrol’s products to enter the home automation market.

“We fully believe the smart home concept is one that is just beginning to take over the home improvement market,” Comitre says. “We’re at the forefront of this and plan on signing many more agreements like these over the next year.”

About Neocontrol US, LLC: Neocontrol focus on developing the cutting-edge technology for the home automation market. Over the past 14 years Neocontrol’s products were used in over 7000 homes improving the way people live and interact with their houses. Neocontrol’s platform provides seamless experiences for lighting and climate control, audio and video automation, access control and other important management tools for home owners. As part of the Somfy Group since 2012 Neocontrol has a global reach and has been participating on projects across South and North America, Asia, Europe and Middle East. Visit www.neocontrolglobal.com for more information.

About the UCF Business Incubation Program: The University of Central Florida Business Incubation Program is a community resource that provides early-stage companies with the tools, training and infrastructure to become financially stable, high growth/impact enterprises. Since 1999, this award-winning program has helped over 390 local startup companies reach their potential faster by providing vital business development resources.

With seven facilities throughout the region, the UCF Business Incubation Program is an economic development partnership between the University of Central Florida, the Corridor, Orange, Osceola, Seminole and Volusia counties, and the cities of Apopka, Kissimmee, Orlando and Winter Springs. For the 2016/17 and 2017 /18 fiscal years, the activities of these participating firms have helped sustain more than 6,275 local jobs and have had a cumulative impact of more than $888 million on regional GDP and more than $1.59 billion on regional sales. During the same period, the program has returned $12.03 for every $1 invested in the program. For more information, visit www.incubator.ucf.edu