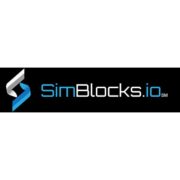 ORLANDO, Fla. — SimBlocks.io, a software development firm in Orlando located at the UCF Business Incubator in Central Florida Research Park, and who provides game engine middleware to the Modeling, Simulation, and Training industry, has launched its first cutting- edge product, the Flight Importer SDK for Unity.

Jordan Dauble, owner of SimBlocks LLC, said the new product released is a tool that adds support for simulation-specific OpenFlight 3D models and geospatial terrains to the Unity game engine.

Traditionally, defense contractors building training systems were not able to easily use military 3D models and geospatial terrain in modern game engines.  “With our product, our customers are now able to directly load these assets into the Unity game engine, the most widely used development platform,” said Dauble.

In addition, the new Flight Importer SDK for Unity does not require converting to another format wherein critical information may be lost, Dauble explained.  “It is the least risky approach to leverage existing commercial and government-provided simulation assets in the Unity game engine, enabling our customers to build valuable training systems faster and at less cost. Using game engines like Unity opens the door to creating highly dynamic and immersive virtual reality and augmented reality training systems for defense forces.”

“Central Florida is the Silicon Valley of the modeling and simulation community and by combining this established foundation with innovative commercial gaming capabilities, there are tremendous opportunities for the growth of SimBlocks,” he said.

The University of Central Florida Business Incubation Program is a community resource that provides early-stage companies with the tools, training and infrastructure to become financially stable, high growth/impact enterprises. Since 1999, this award-winning program has helped over 390 local startup companies reach their potential faster by providing vital business development resources.

With seven facilities throughout the region, the UCF Business Incubation Program is an economic development partnership between the University of Central Florida, the Corridor, Orange, Osceola, Seminole and Volusia Counties, and the cities of Apopka, Kissimmee, Orlando and Winter Springs. For the 2014/15 and 2015/16 fiscal years, the activities of these participating firms have helped to sustain more than 4,710 local jobs and have had a cumulative impact of over $725 million on regional GDP and over $1.3 billion on regional sales. During the same period, the program has returned $7.41 in state and local taxes for every $1.00 invested in the program.  For more information, visit www.incubator.ucf.edu.

GRD Innovations – From Winning Idea to Production – A Village of Mentors...
Scroll to top