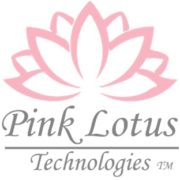 Orlando, Fla. – Every nine days, a child in America dies from being locked in a hot care. Each year, more than 600,000 children are abused by their caregiver.

For Maryann Kilgallon, CEO of Pink Lotus Technologies, it became too much, and she has started working on a solution to save children’s lives.

Kilgallon has designed a new wearable device for children under six years old. The device will automatically monitor the child’s vital signs and provide a notification to the parent if the child is in danger.

“I was watching the news about a three-year-old boy who died after being left in a day care van and was devastated,” Kilgallon says. “I literally stayed up all night and designed the device to save lives.”

At the time, Kilgallon was a program assistant at the University of Central Florida. She quit her job and started working on the device full time. In three weeks, she filed for a patent and federal trademark on the device.

She was also selected to showcase a prototype of her device at CES in Las Vegas in January 2019.

“The response to this device has been tremendous as everyone is affected when one of our precious babies is killed needlessly,” Kilgallon says. “We need to bring this to market as soon as possible.”

To help cover the costs of developing a prototype, Pink Lotus will be starting a small crowdfunding campaign on September 10 looking for $20,000 in initial investment.

About the UCF Business Incubation Program
The University of Central Florida Business Incubation Program is a community resource that provides early-stage companies with the tools, training and infrastructure to become financially stable, high growth/impact enterprises. Since 1999, this award-winning program has helped more than 390 local startup companies reach their potential faster by providing vital business development resources.

With seven facilities throughout the region, the UCF Business Incubation Program is an economic development partnership between the University of Central Florida, the Corridor, Orange, Osceola, Seminole and Volusia counties, and the cities of Apopka, Kissimmee, Orlando and Winter Springs.  For the 2014/15 and 2015/16 fiscal years, the activities of these participating firms have helped sustain more than 4,710 local jobs and have had a cumulative impact of more than $725 million on regional GDP and more than $1.3 billion on regional sales. During the same period, the program has returned $7.41 for every $1 invested in the program. For more information, visit www.incubator.ucf.edu.