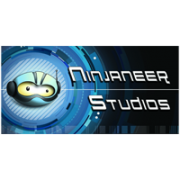 Winter Springs, Fla. — Ninjaneer Studios, a digital content creation company based in Winter Springs near Orlando, has earned a solid reputation as the go-to company for 3D digital productions—especially when you want epic scale and a presentation that merits universal “oohs and ahs.”

Ninjaneer’s recent installation of eight video kiosks at the Suffolk County Vanderbilt Museum on Long Island won high praise from staff and patrons alike for their tip-of-a-finger HD tours of the Arctic, the Kalahari, India and Central America.

Ninjaneer utilized home movies shot by benefactor Charles H. Stoll of his safaris to exotic jungles during the heyday of civilian exploration. Stoll, who died in 1988 at the age of 101, was a frequent traveler and adventurer. The safari trips took place between 1922 and 1969.

“We wanted to attract a wider audience of visitors, including younger people who expect to interact with technology when they go to a museum,” said Chris Brown, a partner in the Ninjaneer Studios.

Museum visitors can view the animals and learn about how they live, how they migrate and mate, and how they interact with their environment.

“Here, it’s an interaction with history. We try to identify where technology can be used in an existing museum exhibit. Our goal is not to compromise, but to enhance what’s there and to make it engaging to all visitors.”

Ninjaneer Studio’s Heather Knott said they designed the kiosks specifically to fit the subject matter and the physical space: “This solution was customized for the Vanderbilt. We designed the technology to complement and to be unobtrusive.”

In 2014, Ninjaneer created a sumptuously-detailed 3D digital backdrop for a Chinese opera, changing three-story-high sets and stages instantly as the epic story of Marco Polo and Kublai Khan unwound to the directions of composer Dr. Stella Sung, a UCF professor.

About Ninjaneer Studios
Founded in 2010 Ninjaneer Studios™ is a full service studio for all of your 3D design needs. We specialize in 3D Projection Mapping, 3D Animation & Environments, Graphical Effects, Character Development & Design, Animated Logos, Corporate Animated Videos, Design Visualization, Vignette Production, and Asset Development. Our production pipeline encompasses all stages of the design process from project conception to final product, emphasizing a hands-on approach with our clients. We employ a full time staff of dedicated digital media professionals ready and eager to achieve your vision.