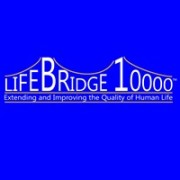 LifeBridge 10000 is building the next generation of Tumor Treating Fields — the latest development in advanced cancer treatment.   Clinical trials are slated to begin late next year.

NovoCure, a publicly traded company backed by Johnson and Johnson, currently offers TTF for a relatively rare brain cancer called Glioblastoma. They indicate the total addressable market for TTF to Glioblastoma patients is 2.5 Billion in the U.S., the EU, and Japan. In pre-clinical studies TTF has been shown effective on 14 different types of cancer. Including the largest killer lung and breast cancer, indicating the potential global market for TTF is many billions of dollars.

Once cancer metastasizes in patients using TTF they will be forced to choose which tumors to fight and which to allow to grow.  The present form of TTF is delivered through fixed arrays. These fixed arrays cannot be overlapped rendering them effective only in limited areas in the body. This leads to failure of the treatment when metastatic cancer appears in multiple locations.

“Those are excruciating decisions to make, and the choice will shape the cancer victims’ lifestyle and life expectancy,” Travers said.

LifeBridge 10000’s new patent-pending programmable disc system can dramatically extend the effectiveness of TTF arrays by making them dynamically re-assignable to any part of the body, Travers explained.  “It’s essentially a portable jacket of transducer arrays worn 12+ hours a day, generally allowing the patient to go about their daily life,” he said.

“Waves or sweeps of TTFs can be sent across the entire abdomen. In some cases, two or more fields can be formed at the same time. The strongest portion of the tumor treating field can be directed to all reachable areas, unlike static TTF,” Travers said.

In an unusual and refreshing twist, Travers points out that LifeBridge 10000 is set up with the contractual language of a Benefit Corporation. All investors must sign an agreement that a percentage of profits will be given to those cancer patients who cannot afford treatment.  When Travers is asked why, he states “Because they have more life to live,” referring to cancer patients in financial need.

LifeBridge 10000 is a client company of the University of Central Florida’s Business Incubation Program in Winter Springs.

About LifeBridge 10000
The team at LifeBridge 10000 continues building its patent-pending LB10000 device, built from the ground up for late-stage cancer patients with metastatic disease in two or more locations on the body at once. Future patients treating metastatic cancer with Tumor Treating Fields (TTF) will not be left with the painful decision of which tumors to treat and which to let grow.