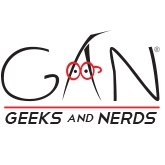 The National Security Technology Accelerator (NSTXL) and the Training and Readiness Accelerator (TReX) today announced the U.S. Army has awarded Geeks and Nerds the agreement worth more than $13.6 million. The System of Systems Controlled Test Environment Infrastructure (SCETI) will help the Army improve its simulated aviation testing capabilities in degraded visual environment conditions.

“We are excited to be working with the U.S. Army and NSTXL to develop this advanced testing capability” said Dr. Jonn Kim, CEO of Geeks and Nerds. “We appreciate our customers’ confidence in Geeks and Nerds to build this one-of-a-kind capability.

“The SCETI project will radically improve the Army’s ability to test future weapon systems in degraded visual environments,” he added. “We have assembled a highly qualified team, led by PM Mr. Ben Mitchell, to execute this innovative task with rigor and precision. We look forward to seeing the positive impact of this test technology for our warfighters.”

Current government capabilities allow for testing in live-flight (manned rotary winged) tests, which provides realistic flight mechanics, but comes with significant costs and risks. Alternatively, tests can be run in a laboratory setting, which is low cost, but does not currently provide realistic mechanics.

Under terms of the agreement, Geeks and Nerds will develop and produce sensor assemblies placed into low-cost simulated flight programs to mimic rain and dust. With this capability, the Army expects to enhance the readiness and capability of Army aviation platforms.

“This agreement, which has been awarded using the TReX Other Transactional Authority (OTA), is the first step in solving a key problem Army aviators face – adverse weather conditions,” said Tim Greeff, chief executive officer of NSTXL. “By using OTA, the Army will have the flexibility to rapidly repeat the design, building and testing processes for an effective system. This process will ensure the best solution is provided to the warfighter in the shortest amount of time.”

NSTXL was hired by the Army to manage the selection of a company to produce a prototype through its TReX program. The requirement was driven by the desire to conduct planned degraded visual environment test events on Army aviation platforms. This effort will begin by creating an emulated flight capability and the ability to measure, control, and record test results from a test control center.

About NSTXL: The National Security Technology Accelerator is a non-profit based in Arlington, VA. It is the essential Pentagon partner for rapidly delivering mission-driven systems and emerging technologies to the U.S. military.