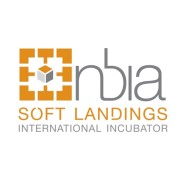 ORLANDO, Fla. (May 26, 2015) — The University of Central Florida (UCF) Business Incubation Program announced today that it has been designated as a Soft Landings International Incubator by the National Business Incubation Association (NBIA). The NBIA – the world’s leading organization advancing business incubation and entrepreneurship with more than 2,200 members in over 60 nations – identifies incubators that have specialized programs and/or facilities that help provide a “soft landing” for foreign companies looking to enter into new markets.

Since 2011, the UCF Business Incubation Program has helped international firms, as well as domestic companies headquartered outside the region expand their business to Central Florida. Over the past four years, the incubator’s Soft Landing program has attracted more than 20 companies from various countries throughout Europe and South America, as well as from eight states throughout the U.S., including other parts of Florida.

“Our organization’s mission is to help diversify Central Florida’s economy by facilitating smarter, faster growth among early-stage businesses,” said Thomas O’Neal, Ph.D., founder of the UCF Business Incubation Program. “While we have traditionally been fulfilling that goal by offering entrepreneurial assistance to local ventures, we recognize that more jobs and economic growth can be generated here by offering similar services that help companies from around the world establish business in Central Florida.”

According to the UCF Business Incubation Program’s director, Gordon Hogan, the Soft Landing program helps alleviate some of the challenges that might otherwise prevent these companies from establishing a subsidiary or division in Central Florida.

“Testing a new market can be a capital-intensive and confusing process, especially for those who are operating from abroad and who are unfamiliar with how to conduct business in the U.S.,” said Hogan. “The goal of the Soft Landing program is really to help reduce barriers to entry. Whether it’s providing sensible infrastructure, such as office space with flexible short-term leases, or helping companies transition to their new business environment by assisting with domestic market research, meeting government regulations or finding employees, we are helping these firms quickly adapt and connect to the Central Florida business community.”

Freshorize, a U.K.-based company that manufactures patented soap dispensers for aircrafts, is one of many companies that have benefited from the Soft Landing program.

“We had reached a point where we supplied most of the airlines in Europe and needed to look for new growth markets, with the United States being an obvious choice due to the number of airlines,” said Freshorize founder, Aziz Patel. “However, I did not know how to set up the company in the U.S or find employees, accountants, lawyers or establish new contacts. As anyone can image, it is a lonely, daunting task to figure all this out on your own in the shortest possible time.”

Patel, whose U.S. office currently operates from UCF’s incubator in Winter Springs, Fla., added, “What I found indispensable was the level of resources available at my disposal through the incubator’s Soft Landing program. I was also being introduced to the right people faster than I could remember their names. The result of all the activity at the incubator helped us land the biggest contract we could have dreamed of with Delta Airlines.”

The UCF Business Incubation Program, which has facilities in Orlando, Apopka, Daytona Beach, Kissimmee, as well as Winter Springs, is the first and only incubation network in the state of Florida to hold the Soft Landings International Incubator designation, and becomes one of less than 30 in the world to earn this distinction.

Kirstie Chadwick, NBIA’s President & CEO said, “The Soft Landings designation is awarded to outstanding incubators that have demonstrated success assisting international firms with entering into new domestic markets. The entrepreneur services offered by these facilities help cut through governmental regulations, find access to capital, provide domestic market research, and other vital business support services. We are excited to award UCF the Soft Landings designation and know they will continue to provide tremendous support for global entrepreneurs.”

The National Business Incubation Association (NBIA) is an international non-profit organization and global advocate for incubators, accelerators, educational institutions and regional economic development stakeholders. With more than 2,200 members in over 60 nations, the NBIA provides its members with essential information, education, advocacy and networking resources to bring excellence to the process of assisting early-stage companies succeed. Visit nbia.org to learn more.