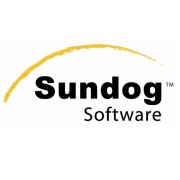 Imagine being able to create a surfing effect for a particular weather condition, time, location and wave condition. Or, picture having the ability to mimic a particular cloud formation, altitude and wind speed. One Central Florida company is doing just this and more.

“The effects are really fast, which is important for maintaining smooth motion in games and simulators,” explains Frank Kane, founder and CEO of Sundog Software. “This is a big deal for people developing maritime and flight simulators, or anyone developing a virtual environment that features outdoor scenes.”

Kane started the business as a “hobby” in 2006 while working as a manager for Amazon.com in WA. He began developing the SilverLining sky, 3-D cloud, and weather SDK in his spare time to keep his software engineering skills up to date and resolve what was an unsolved problem in computer graphics at the time. He returned to Orlando in 2012 and decided to pursue Sundog Software as a full-time venture.

“The reception of our software has been strong – hundreds of developers worldwide are licensing our technology in real training and gaming applications,” says Kane. “We’ve landed most of the big names in simulation in both the private and government sectors around the world, including Lockheed Martin, NASA, Boeing, U.S. Navy, Federal Aviation Administration, and many more. We’ve also developed consumer-focused products for flight simulation enthusiasts, which has resulted in thousands more happy customers.”

“Since joining the UCFBIP, Sundog Software’s revenues have tripled. Much of that money is flowing directly back into the local economy and supporting new high-tech jobs,” explains Kane. “The biggest benefit is how they connect new business owners with local experts in a wide variety of fields. Building a great product is only half the battle. I came into this knowing a lot about software development but very little about marketing, sales, PR, legal issues, accounting, and optimizing [a] website. UCFBIP offers a steady parade of local experts in these fields. I believe much of Sundog’s growth is a direct result of some of the advice these local experts have provided, and I encourage other incubator clients to take advantage of as many relevant opportunities as they can.”

The company recently launched version four of their SilverLining sky, cloud, and weather technology. This introduces highly realistic stratus clouds as seen in overcast conditions. The reduced visibility is important for flight and air traffic control simulation. Being as accurate as possible means better training for pilots and air traffic controllers around the world.

Sundog Software plans to stay ahead of the curve when it comes to software evolution.

“My main goal is to keep launching new products every year that build upon our existing ones, as that seems to be what generates the best new revenue streams. Getting into the world of movie computer animation pre visualization seems like the logical next step,” says Kane.

Researchers Use Gold Particles to Detect Cancer; Set to Present at Global C...
Scroll to top